This was obviously Tina Conely yet AGAIN using a fake name or one of her assistant scammers trying to steal money and blame it on us to go with other FAKE FALSE ATTACK LIES on CAPITAL CASH and or PRETENDING TO BE us.

This is only some of which she has done this type of stuff has been going on constantly for over a decade some times calls up to 200 xs a day with threats, pretending to be fake clients, all kinds of things.  She always sends email or something normally giving herself away.

After this happened look now all of sudden ATTACK number 4 (using alias name Kevin) where she was using my company logo and ad all of sudden stopped too.   Her coordinated crime network of flying monkies gas lighting making false accusations, impersonation of us and ripping off society in an organized criminal rico violation way.

Below is the emails sent to us after this above texting transaction. 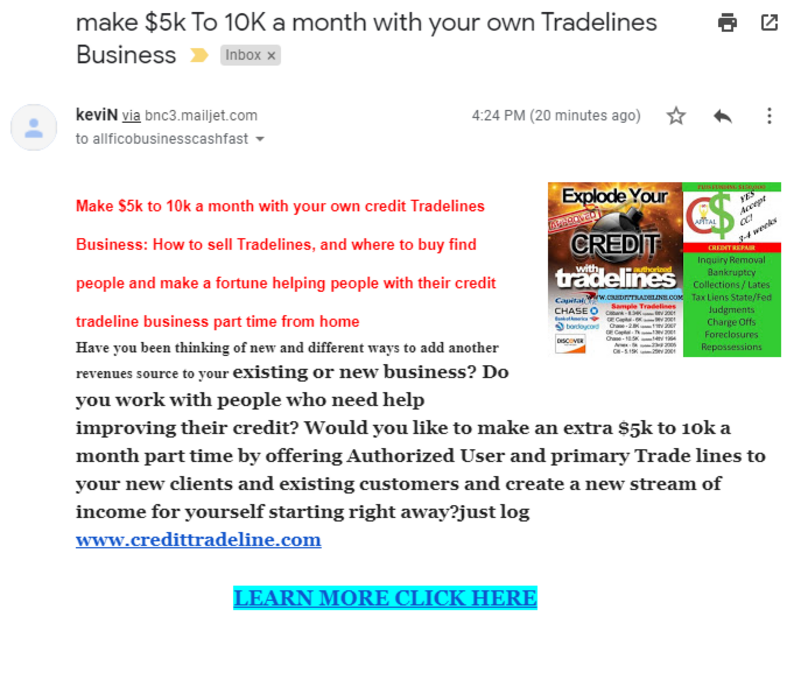 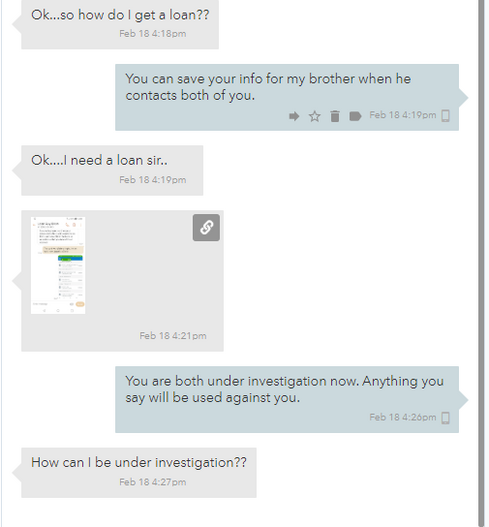 NOTE: Tina Conely ( wholesaleshelfcorporations.com ) is using our email off our youtube channel and know exactly who she is emailing and contacting doing her repeated harassment and crimes. 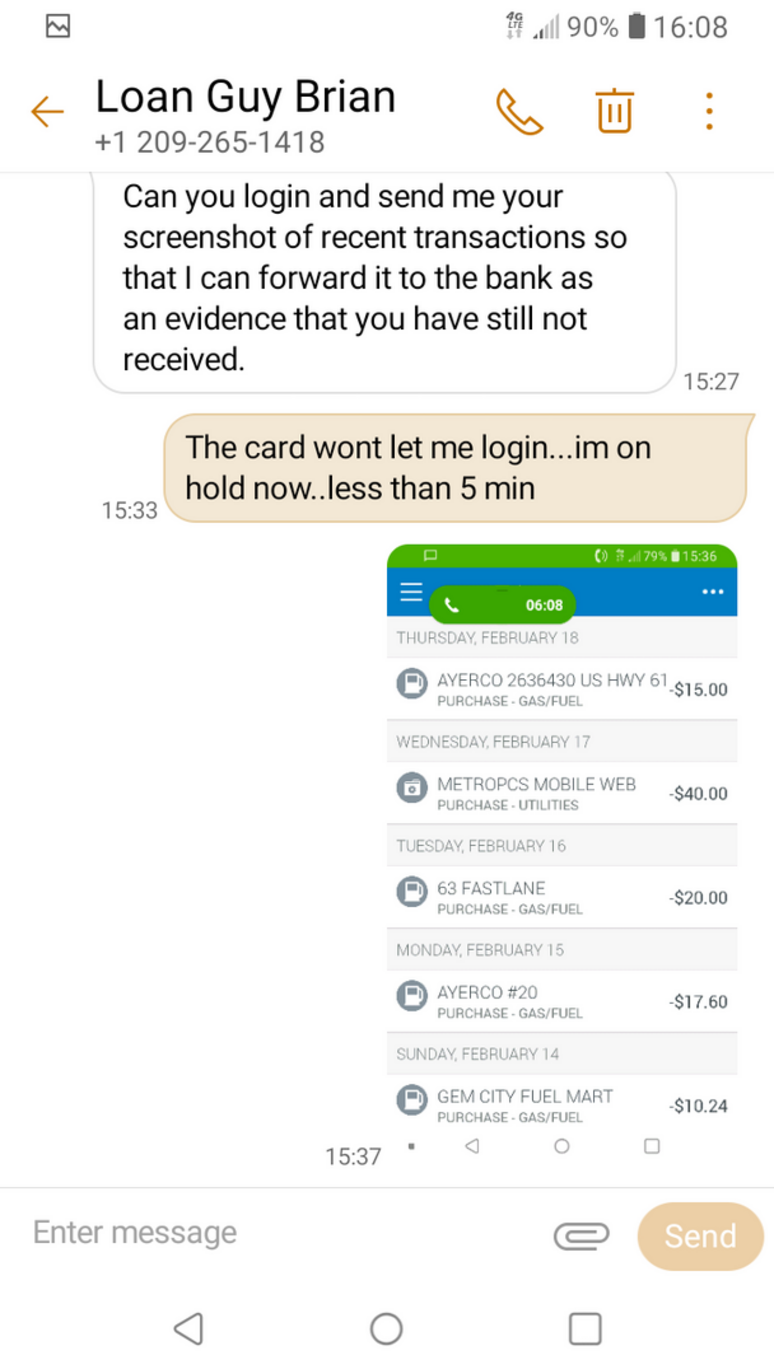 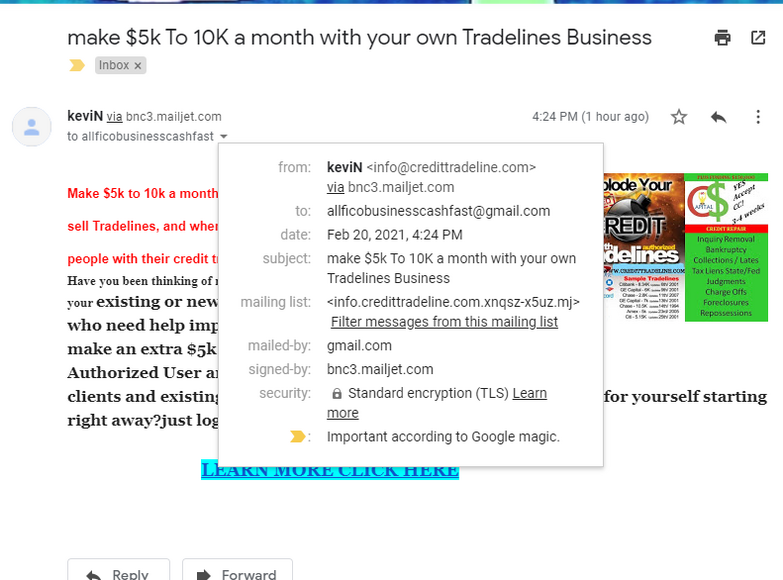 DETAIL OF ATTACHMENT ABOVE EXHIBIT B 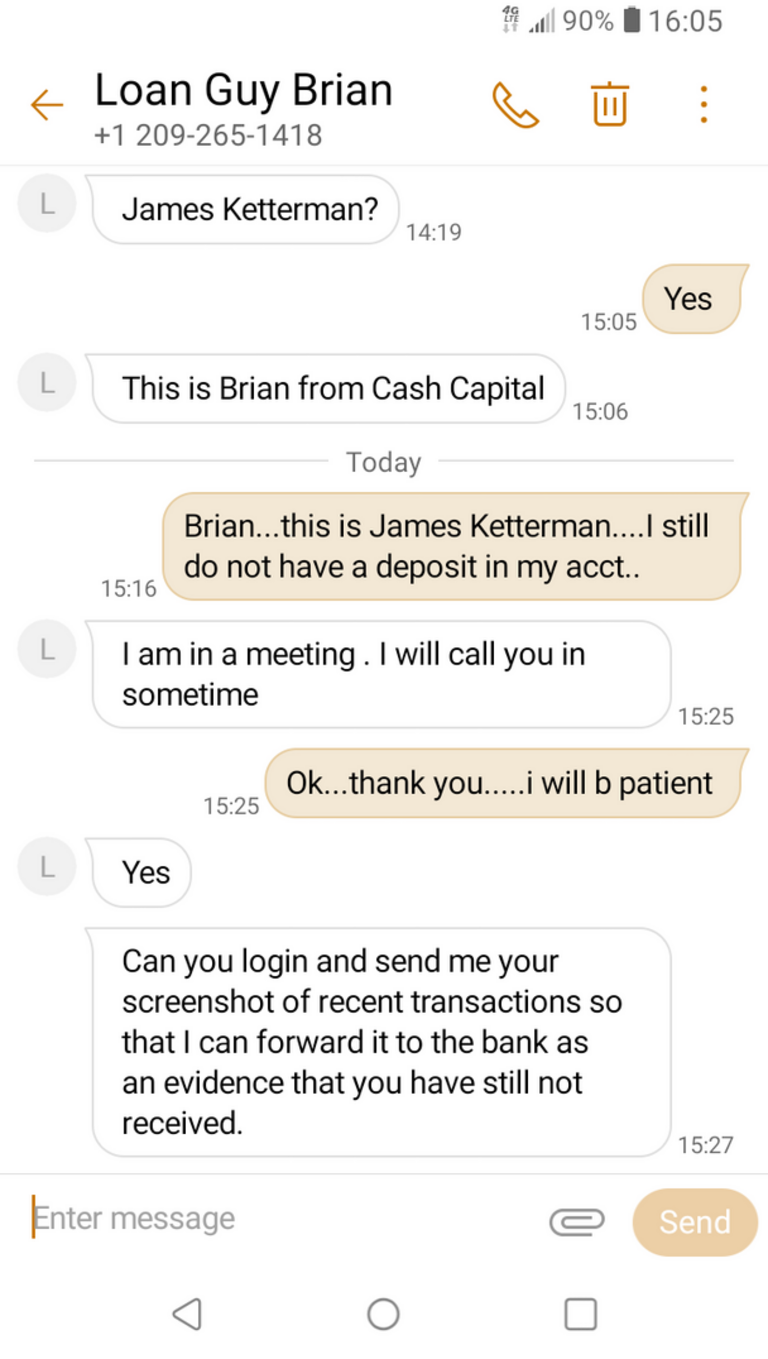 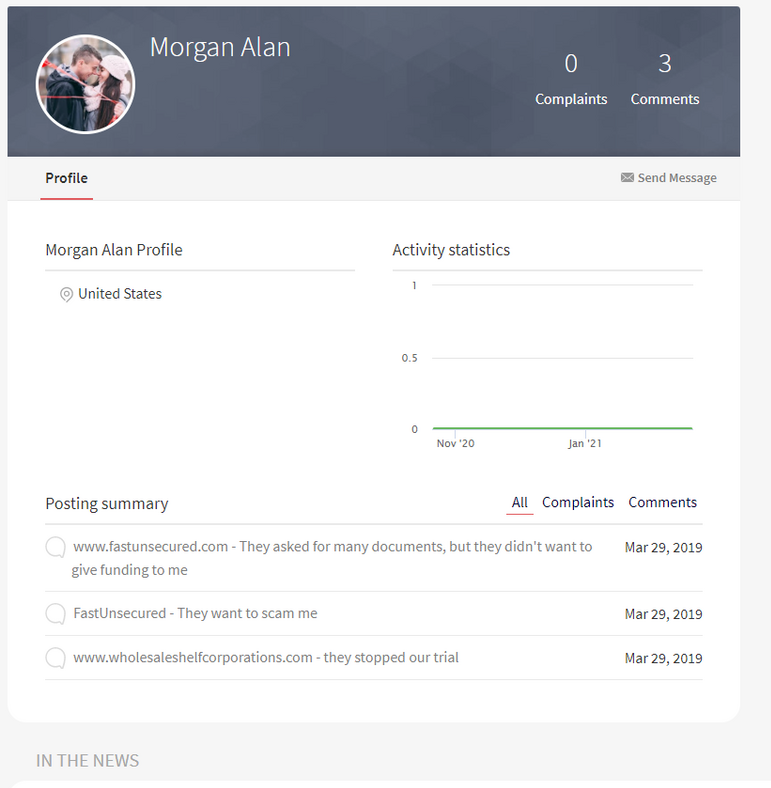 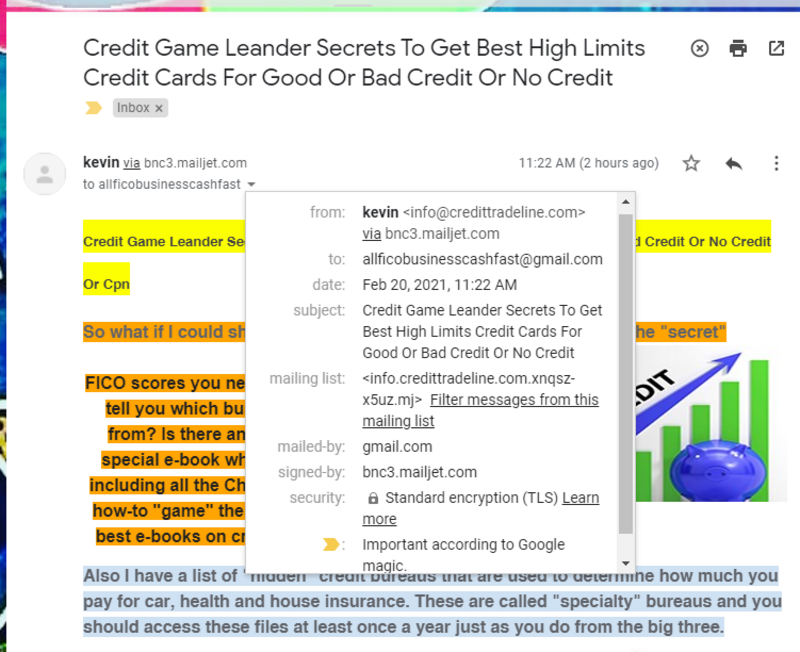 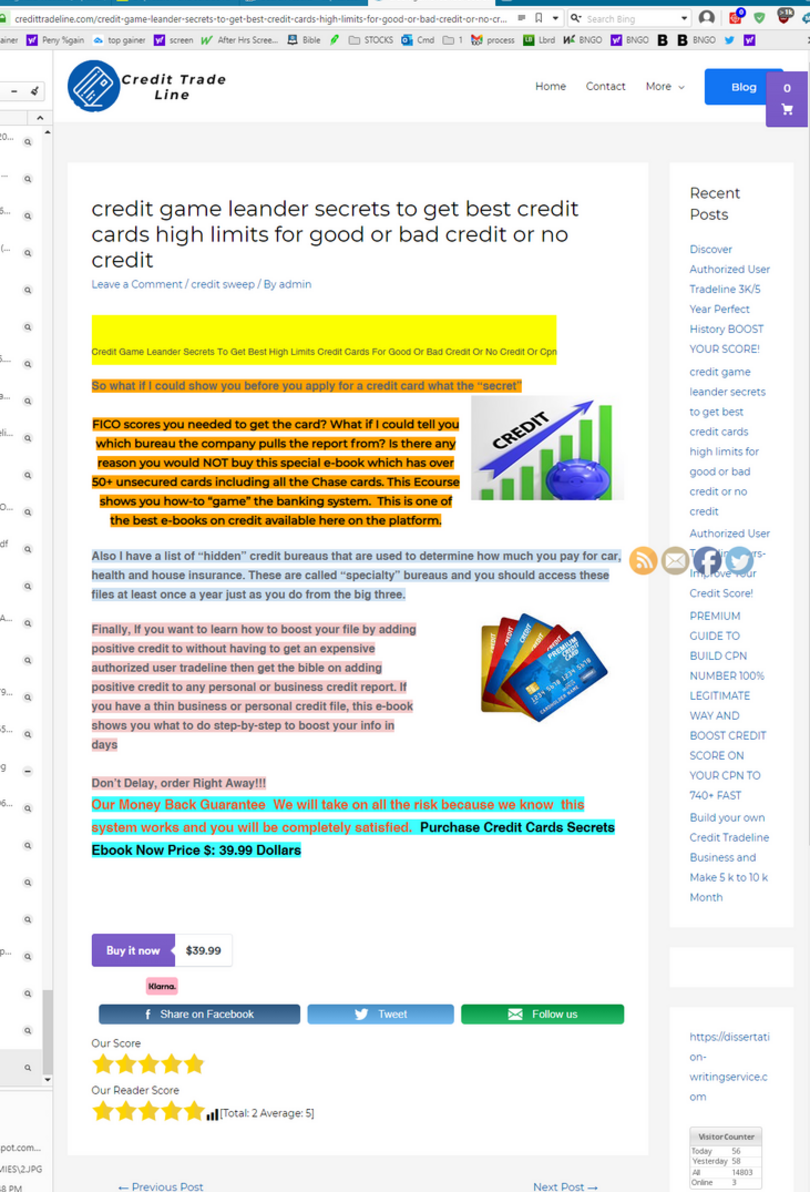 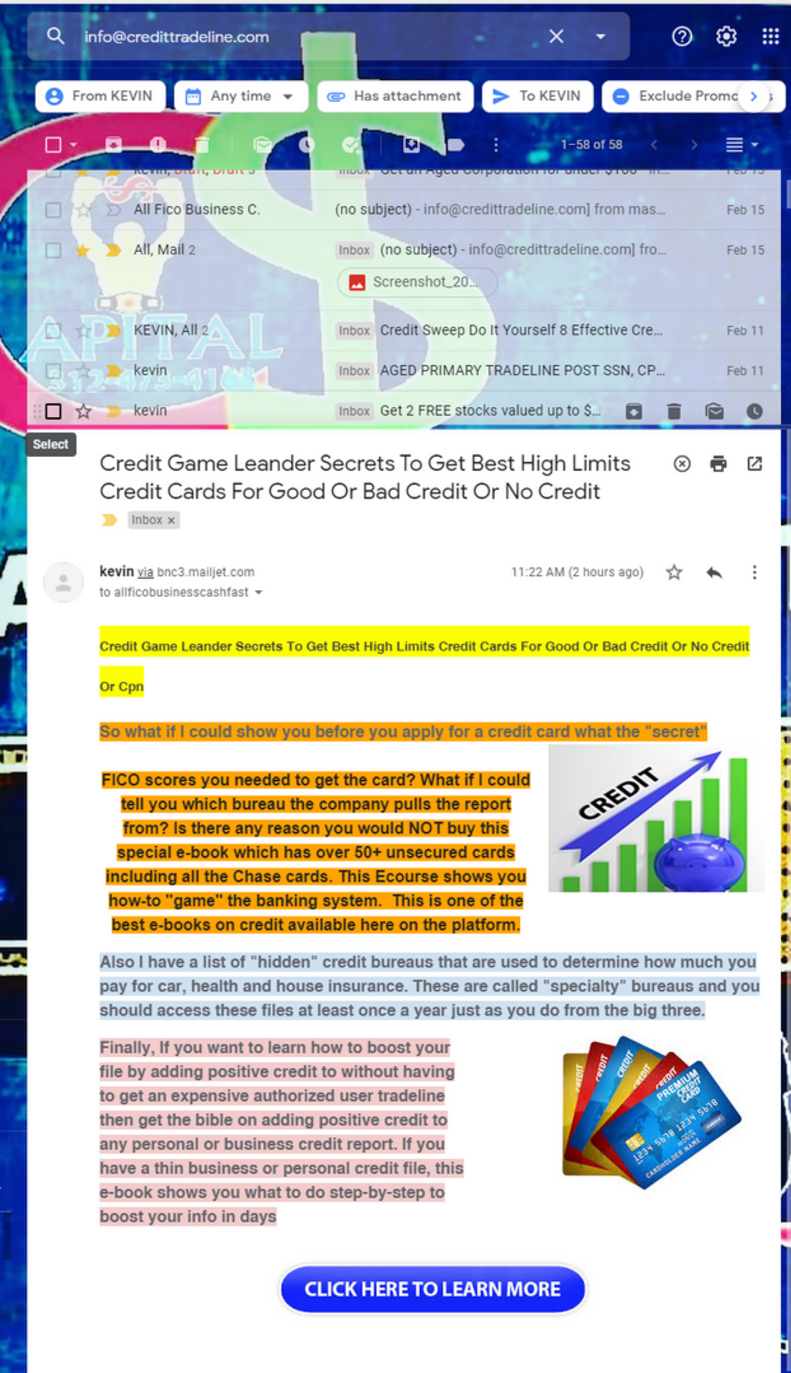 We haven't sold tradelines in ten (10) years or corps since no need for then and 99% are a scam as well as all underwriters see the same ones that get mass marketed and tons clients have it and it tells them its fake shelf corp not tofund it.

DETAIL OF ATTACHMENT ABOVE EXHIBIT A

Just after posting above this professional Bernie Madoff level top apex predator SERIAL scammer goes back to her demonic chameleon cockroach corporate identity theft scamming for her PONZI SCHEME.   She will hide behind this giant web stealing money and also stealing people personal credit and 15 years back my clients were getting purchases all across the country for lap tops, computers, jewelry etc. All this happen when I was niave and didn't know tricks she was playing.

Tina Conely is the highest level of snake oil salesman thief on the internet you will find.  Her amounts she has stole has to be a record.  All her flunky flying monkey scammer clan they dominate financial services industry.  All her companies usually have in common they:

1. Are cheaper then normal to capture everyone

2. Hiring brokers (to replace ones she has used up from working with them to scam and like the black widow she will eat her own and scam all their money if they get a big order)

3. Generic copy cat cloned looking like all the rest to blend in no strong heavy originality no errors in spelling no anything with extreme or excessive charter or personality to it usually 3 colors and video made from fivr or something or something w a paid fake but no extreme difference just all blends in and captures the people wanting a good cheap deal.  See all the other pages of all her past websites of same lies same sames ove the past 15 years on my other tabs, this is just some of what I documented this criminal is a FULL TIME wizard of oz crook.  She always has to send emails or calls or taunts by way of anonymity or calls from her flying monkey since she is trying to constantly one up and revenge since the TRUTH is here and drives this demon insane.

4. Hyper detailed with finite details of what one gets all to prevent people from having to call to make it easier to hide, many pictures are just from different places off the internet, never much for eccentric deeply original anything cause its all build to turn and burn, many fake reviews which anyone can pay for

5. The fake reviews are generic no real depth of character to the names they all are just unusual not normal names and the good and bad reviews all are similar no extreme depth to them

7. Her favorite words are no pg, unsecured, fast, FREE always floods things with tons of stuff to look as if she is legit like a serial killer with the fake broken arm so innocent and deceptive.

The scam she pulls on her shelf corps

1. She sells stolen corps that are still owned by some one and pays back fee's that works for scammers since they can't get funding we would sell that trash cause once have big money on it the original owner always finds out and sue and wins it back. That is if its not toward the end of her run with all the victims then she just keep the money and client will get nothing then burn the website.

2. She has notoriously after not providing tradelines to clients and they went out and started some on their own she has swooped back around and took them and resold them to a new client on many occasions.

3. She make up many excuses for why things are failing and then milks the clients for more and more money till they run out or till they catch on and get pist then she goes bipolar and slanders them all over the internet, pulls their back ground tries to blackmail and extort destroy persons credit and has all her flying monkey vultures harass threaten the victim.

4. Her corps that are stolen she will purchase with another persons credit card when they think they are paying her to buy a corp she is using it to buy the next corp and it is going to what ever secretary of state to pay the back taxes of whoever she is stealing the corp from. Then when the rightful owner notices its stolen of the 3 letter agency that protect counter-fit money get involved they go after the naive client that thought they were paying for a corp that was legit and find themselves in a mess.

5. When buyer gets their corp it has the previous owner on it bought with another person s credit card and your cc purchase will go to some one else's so miss scammer Tina Conley can disappear and leave one holding the bag.  One all the extra's that go with it like phone etc etc is done same way so your always tied into other peoples stuff so she doesn't have to buy anything and expose herself.

I have heard all her ways since all the people she scammed have contacted me for help since I witness this primordial demon's rise of robbing America she uses same black widow frame work web to catch all the unsuspecting victims. She will have robbed a normal person over the years sometime 10 or more times from all her different websites and elaborate evolved grid of financial death to society.

Her companies she has tons that she keeps switching and switching making new one with tons of FAKE REVIEWs that she is paying for and MOSTLY all of them she is fabricating she fabricate her on FAKE FALSE soft ball level fake non complaints then have like 20 fake positive ones all over complaint board and can tell its all fake cause the complainers put of 3 or 4 good review and to like one good fakes soft ball complaint like "they shut down my free membership or they were jerks" stupid bogus stuff so she floods below the heading with all the fake complaints. One click on the fake people name and see they all have a review listed on her other companies.  All a giant SCAM she has a whole bunch of scammers aiding and a betting her the whole complaint board . com is her web of total lies.

Each person will have list of 2 or 3 of her companies of hers see below Exhibit C.  She flooding all this to hide the real complaints and works 5 to 6 fake anonymous generic complains to sell her bs scams corporate tradelines, personal tradelines, corporation and credit repair and sell the do it your self kits selling nothing but the same ignorant free info that any one can find on the internet.   Her current scams who knows how long before she shuts these down and hides but they are credittradelines.com whollsaleselfcorporations.com fastunsecured.com toptradelines.com inquiry busters obviously she had let that go since she has it down so she go on the next one.